Francis Masson, a famous plant collector, was born in Aberdeen in 1741 and began working life as a garden boy. Travelling to London in the 1760’s he took up a gardener post at Kew under the direction of Joseph Banks.

As Captain Cook was preparing for his second great voyage of exploration in 1772, Banks appointed Masson as the first plant collector to go out from Kew. Sailing to Cape Town, South Africa, Masson commenced a series of expeditions over two years, through some of the world's most rugged terrain. Between expeditions he explored Table Mountain. The Cape's rich flora must have seemed like paradise. He introduced many exotics from here, including Cape heaths and proteas. Returning to Kew he was crowned in glory and his reputation as an introducer of new, exciting plants was sealed.

In 1778 he collected in Madeira, the Canary Isles, the Azores and West Indies. He was imprisoned by a French expeditionary force on Grenada in 1779, returning to England after release. He revisited South Africa between 1786 and 1795, sending large numbers of plants, seeds and bulbs home, including arum lilies, agapanthus, amaryllis, pelargoniums, crassulas, stapelias and mesembryanthemums, gladioli, gardenias and Strelitzia reginae, the bird of paradise flower.

In 1797 he sailed to North America but was captured by French pirates before being transferred to a German ship, eventually landing in New York. He then collected in the Great Lakes and Canada for seven years, sending back many new species including the beautiful Trillium grandiflorum. He died in Montreal in 1805. His greatest legacy is perhaps that he was the first of over 120 famous Scottish plant collectors to explore worldwide during the next 150 years. 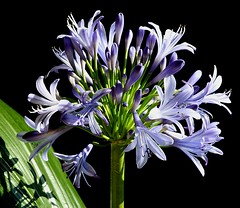 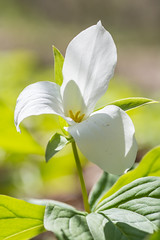