Native to Britain and many parts of Western Europe, bell heather has had various domestic uses including bedding, thatch, tanning and even brewing. It is also the source of a purple ochre dye which was produced from the flowering tips.

Today having been written about in verse and song for centuries, the plant is deeply embedded in our culture and as such is perhaps the plant which means homecoming more than most. It was even dried and transported overseas as a symbol of home. Sprigs of white heather in particular were thought to bring good fortune and prosperity. At weddings it was given away as favours and still is today. Linked with romance, who could forget the words to the famous folk song, 'Will You Go Lassie, Go' written by Northern Irish Folk singer, William McPeake, and recorded in 1957.

It is also the plant badge of the Clan MacDougall which dates back to 1164 when they formed a seat near Dunstaffnage in Argyll. Duncan MacDougall founded the priory at Ardchattan near Oban in 1230. The Clan has a rich history central to both the political and social life of Scotland, from the time when they supported King John Balliol (1249-1313) in his claim to the throne against King Robert the Bruce of Annandale (1274-1329), to their role in both the 1715 and 1745 rebellions. 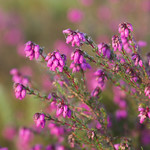 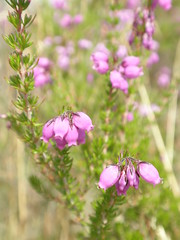