Native to south east England and Europe, Boxwood has been used in gardens for hedges and topiary for centuries. In ancient Greece it was dedicated to Hades or Pluto the god of the underworld, and to Venus or Aphrodite the goddess of love. It was associated with Cybele the mother goddess, a symbol of fertility and regeneration.

The Christian faith later adopted this belief and the plant became associated with the resurrection and as such was central to ceremonies surrounding Palm Sunday. In some cultures it symbolises eternal life and is used in rituals surrounding burial including floral wreaths. This is perhaps why the foliage and the wood were once thought to protect people and property from evil.

The plant has been used extensively in heraldry, featuring in the arms of families such as Davidson, MacBean, MacDun, MacGilvary, Macintosh, MacQueen, MacPherson and Shaw. It is also the plant badge of the ancient Clan MacBain, today commemorated by a memorial park on the shores of Loch Ness.

The wood is durable and has been turned into small domestic items such as bobbins and chess pieces, musical instruments and rulers; it was also used for inlaying furniture. The leaves and the timber were the source of medicinal oil used to treat epilepsy. 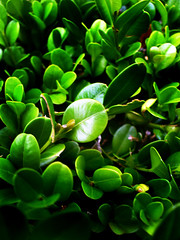 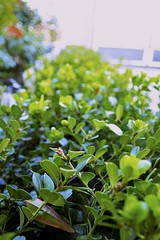