The Madonna lily occurs naturally from the eastern Mediterranean to Asia and it has been in cultivation since ancient times, when it was eaten and used medicinally. Throughout history it has been surrounded by a myriad of mythology, religious symbolism and cultural beliefs.

The Egyptians dedicated it to Isis, the goddess of motherhood and a fertile earth. It was through her marriage to the god Osiris, that it was first connected with death and the underworld. To the Greeks it was 'the flower of all flowers' and to the Romans it was 'Jupiter's Rose'. One Greek myth links it to events between Juno, Jupiter, Zeus and Hercules, which is said to have resulted in the formation of the Milky Way and the lily. Another links it to Aphrodite the goddess of fertility, it is thought this reflects the phallus like pistil at the centre of the flower. Ultimately it was seen to represent purity, innocence, chastity and elegance. In the 5th century it became associated with Christianity and by the Middle Ages it was closely associated with the Virgin Mary in particular. Also dedicated to St Anthony patron saint of marriage, it was regularly placed in bridal wreaths, sometimes being mixed with ears of corn to represent a blessed and fertile marriage.

Its natural life cycle as a bulb is to emerge, flower and then die; as such it was associated with transience of life on earth, the soul and ultimately death. This resulted in it being planted in graveyards, especially in memory of children. To many it was a messenger of the Grim Reaper.

Due to its natural beauty and symbolism it was depicted in early art especially friezes, ceramics, stone carvings and coins. It later regularly appeared in renaissance Christian art especially.

It is also an important heraldic symbol, and was used as recently as 1996 in a Coat of Arms granted to the City of Dundee.

Very popular as a cut flower today it is clearly at the heart of our culture, yet few will understand the meaning our ancestors placed upon it. 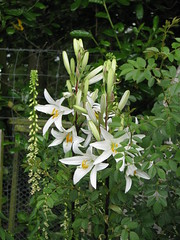 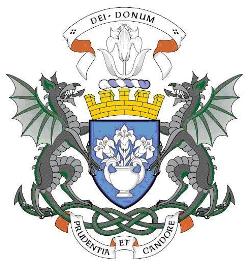