Some ferns especially bracken, Pteridium aquilinum, were a traditional source of a yellow natural dye used in the manufacture of tartan and tweed. It was prepared from a mixture of the root and the mordant or fixative copperas (iron sulphate). They were also burnt in large quantities to obtain potash for the soap used to bleach linen.
The influential Scottish biologist, sociologist and town planner Patrick Geddes (1854-1932) first became interested in biology and the natural world as he wandered in the hills in search of ferns to establish in his parents' garden.

From these humble beginnings Geddes would go on to become one of the most influential thinkers of his day, putting his ideas in to practice in the restoration of part of Edinburgh's Old Town including Riddles Court, Ramsey Garden and the Outlook Tower, before developing the master plan for Tel Aviv and then working in India. He was a polymath and an advocate of ecology and conservation as well as the need to control pollution even then; recent years have seen a renaissance in his work and writings. His most quoted phrase 'By leaves alone we live' derives from a larger statement on his view of the world.

"This is a green world, with animals comparatively few and small, and all dependent on leaves. By leaves alone we live. Some people have strange ideas that they live by money. They think energy is generated by the circulation of coins. Whereas the world is mainly a vast leaf colony, growing on and forming a leafy soil, not a mere mineral mass: and we live not by jingling coins, but the fullness of our harvests". Patrick Geddes.

No wonder he was respected by both Darwin and Einstein. Hugh MacDiarmid (1892-1978) wrote of him "...he was one of the outstanding thinkers of his generation, not merely in the world, and not only one of the greatest Scotsmen of the past century but in our entire history". 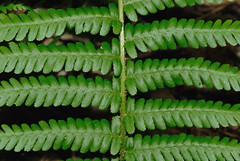 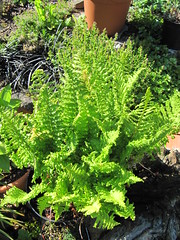