Scottish Cabinet Papers from the Year 2001 Opened to the Public

Scottish Cabinet Papers from the Year 2001 Opened to the Public 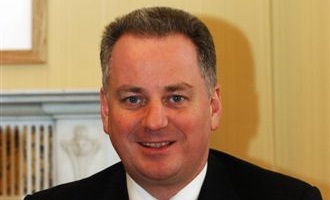 From 1 January 2017, Scottish Cabinet papers and other government records opened for the first time at National Records of Scotland show details about the operation of the Scottish Cabinet in the year 2001.

That year saw the appointment of a new First Minister for Scotland when Jack McConnell took over from Henry McLeish, who resigned as First Minister in November 2001. The Scottish Cabinet minutes reflect the transfer of authority and other matters of national interest. They include the outbreak of the Foot and Mouth epidemic in cattle and its impact on farmers, particularly in Dumfries and Galloway, considerations to host the Euro 2008 football championship in Scotland, and proposals for free social care arrangements for the elderly.

The files form part of the annual release of archived information by Scottish Government, which since 2009 has proactively opened almost 14,000 files at 15 years. This adds a considerable amount of information to what is already publicly available from the year 2001, due to a policy of proactive release.

In welcoming the latest file releases, Tim Ellis, Chief Executive of NRS and Keeper of the Records of Scotland, said

“Preserving Scottish Government records and making them available to the public is a key part of our role at the National Records of Scotland, and this annual release of information can give us a fascinating insight into our recent history.

In addition to a change of First Minister, 2001 saw considerable activity across a wide range of policy areas.  I have no doubt that the papers now available will be very interesting reading to a great many people.”

Following the New Year public holiday, the newly opened files will be available to view in our public search room from Wednesday 4 January.  The Cabinet files will be available in digital format. Many of the other paper files can be seen in January without the need to pre-order, though some are held off-site and will require ordering in advance. Details can be found in the file lists below.