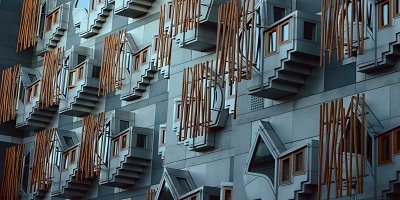 From Wednesday 1 January 2020, National Records of Scotland has made Scottish Cabinet papers and other Scottish Government records from 2004 available to the public.

That year, First Minister Jack McConnell’s Labour-Liberal Democrat Cabinet considered a number of issues including problems with privatised prisoner escort firm Reliance, legislation which led to the ban on smoking in public places and the appointment of the first Scots Makar Edwin Morgan.

This was also the year in which the new Scottish Parliament building at Holyrood opened and Lord Fraser published his report into the delays and cost over-runs which affected the troubled building project.

These papers are opened to the public as part of the Scottish Government’s commitment to proactively release archived records after 15 years.

Welcoming the latest releases Paul Lowe, Chief Executive of NRS and Keeper of the Records of Scotland, said:

“We’re proud to play our part in preserving the nation’s records and in making them available to the public. Government records help society better understand our recent history and provide valuable insights for future generations.

“This year’s release covers fascinating deliberations on a wide range of subjects including slopping out in prisons, planning for major terrorist incidents and NHS waiting times.”

These newly opened files will be available to view in our public search room after General Register House reopens on Friday 3 January following the new year holidays.

The Cabinet files will be available in digital format. Other paper files can be viewed in January without the need to pre-order. The full list of files released in 2020 can be viewed in PDF (535 KB PDF).

Please note that you will need a current reader’s ticket to view files in our search room.

Details on how to obtain a reader’s ticket and what preparations to make can be found on the Visit Us page of our website.