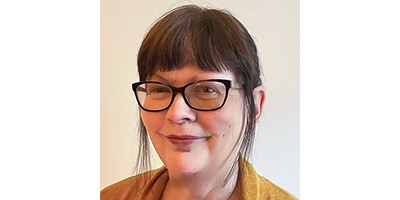 Paul Lowe, Registrar General for Scotland, has today confirmed the appointment of Anne Slater, NRS Director of Operations and Customer Services, as Deputy Registrar General (DRG). This follows the decision by Rod Burns, who has been DRG for the past 11 years, to leave the Civil Service.

Paul Lowe said: “In his time as DRG, Rod can look back on a career well spent in the service of Scotland. He has made important contributions to developing the registration service, played a significant role in the service’s response to covid and has had a positive impact on a range of important areas of Government policy and legislation. I wish him well in his future endeavours.”

Paul continued: “I am delighted to appoint Anne to this key role in the organisation, in addition to her existing responsibilities. Going forward this will ensure that the DRG role is directly incorporated within the Executive leadership of NRS and at Board level, reflecting its importance in the organisation.

Anne’s considerable experience, including as a former interim RG and her existing responsibilities for the Registration Service, as part of her Director responsibilities, mean that she will be able to bring much to the role from day one. I greatly look forward to working with Anne in her new capacity, as we work to evolve the registration service to respond to the challenges and opportunities ahead.”

Anne Slater said: “I’m delighted to take on this role and to continue to work with Paul, our terrific registration services team, Scottish Government and Registration colleagues and other stakeholders across Scotland.”

NRS, through the office of Registrar General, oversees the registration of life events including births, marriages, deaths, civil partnerships, divorces and adoptions. NRS is also responsible for the statutes relating to the formalities of marriage and civil partnership, and the conduct of civil marriage and for overall leadership of the registration service in Scotland.