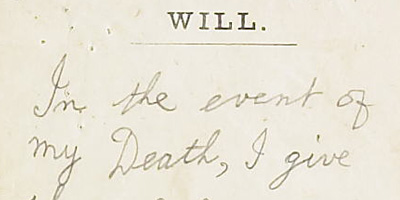 The wills of 26,000 Scottish soldiers who died in the Great War are to be made available by the National Records of Scotland via ScotlandsPeople

In May 2014 these poignant historical records will go online for the first time as part of commemorations of the centenary of the outbreak of the First World War. The release has been announced on 24 February by the First Minister, Alex Salmond, at Portlethen near Aberdeen. Welcoming the project, he said:

“This year, when we mark the centenary of the start of the Great War, we reflect on the sacrifices made by generations of service men and women, including those currently serving. Digitally archiving all 26,000 wills online presents a unique glimpse into the lives of the individuals who fought and fell for our freedom. “